We meet in a comfortable, air-conditioned space on the second floor via elevator. Parking is in the lot behind the building; street parking is also available.

There isn't a dress code for members or guests, but most wear traditional “Sunday” dress. Aloha attire is always appropriate (suit and tie not required).

You will be among a friendly, multi-racial congregation.

Our traditional services have congregational singing from hymnals and frequently a special song from our music ministry. All services and classes are in English.

For children three and under, a comfortable nursery is available for all services. For Sunday School, children four and up enjoy Bible classes. During worship services, children junior-age and up join their families to worship the Lord together.

The church is supported by the tithes and offerings of its members. Guests are welcome to contribute, but are not obligated to do so.

We look forward to meeting you at one of our services! 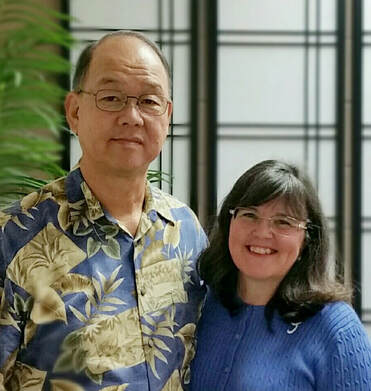 Pastor Kam was born in Hong Kong and raised in Kaneohe, Hawaii. As a high school senior, when he looked at the stars in the night sky, he wondered if it all was by accident, evolution or by a “God.” He was also afraid of what would happen if he died unexpectedly in his sleep. Driven to know, yet ignorant of how to find God, he visited the many Asian religions in Hawaii and talked with Jehovah’s Witnesses and Mormons. But nothing gave him peace or assurance of Heaven.

One day, a man named Max knocked on his door. Pastor Kam thought this man was a Jehovah’s Witness or a Mormon, and was surprised to learn he was an Independent Baptist missionary from Tennessee. Max invited him to the church he had just started. Pastor Kam eventually visited his church for several services, and in June of 1970, he accepted the Lord Jesus Christ as his Savior. He finally had peace and assurance of eternal life!

After attending Bible college in Tennessee, Pastor Kam returned to his home church and became active in every ministry available. This was where he met his wife, Miranda. They were married in June of 1977. In the late fall of 1987, Pastor Kam, Miranda and their two small children started Independent Baptist Church in Honolulu.

They are the grateful and proud grandparents of eight grandchildren.

2. THE SCRIPTURES
The Holy Bible was inspired by God. The King James Version of 1611 is the prefect, preserved word of God and is the final authority for English-speaking people.

3. SATAN
The Devil is a created, limited spiritual being who is the enemy of the Godhead and of Christians, and is a source of suffering in this world.

5. SALVATION
Salvation comes to a lost sinner when he chooses to receive Jesus Christ as personal Savior. He is eternally secure by the grace of God.

6. THE CHURCH
The Church, spiritually, is composed of all saved sinners from after the death of Christ until the Rapture. The local Church, geographically, is a congregation of saved, baptized people, under the authority of the Bible, led by a pastor, practicing the two ordinances of baptism by immersion and of observing the Lord’s Supper.

7. EVANGELISM, MISSIONS AND CHRISTIAN EDUCATION
Christ commands us to bring the Gospel to the world, locally and globally. Both evangelism and training converts in the Scriptures are among our highest priorities.

8. FUTURE EVENTS
Jesus Christ will return for His Church at an unannounced time described as the Rapture. The Tribulation on the earth will follow. It ends after seven years when the Lord returns to the earth to establish His thousand-year kingdom.

9. CIVIL GOVERNMENT
Civil government is ordained of God. It is to be obeyed, respected, and prayed for on all levels. The exception to obedience is when it hinders or seeks to supersede Biblical mandates for the Christian or for the Church.

10. STEWARDSHIP
The financial support of the local church is the responsibility of its membership.

11. CULTURE
God’s plan for marriage is between one man and one woman for a lifetime.
God has ordained attraction and sexual activity as holy within the bonds of marriage.
Human life begins at conception.

12. LAWSUITS
Scripture forbids Christians to sue other Christians before the secular world. Reconciliation or resolution is to be sought by biblical means.